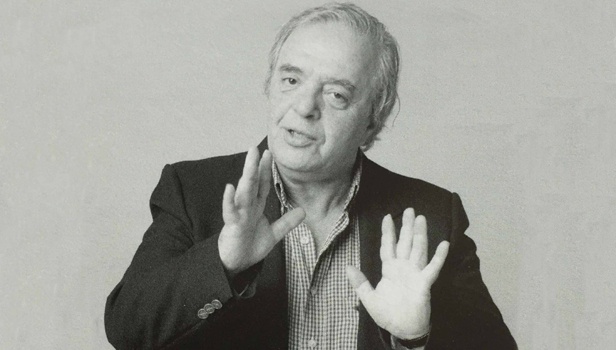 The great director was born in Tripoli in 1937 and studied film at the L. Stavrakos School of Film and Television in Athens.

The quirky creator of the new era of Greek cinema, he had worked as an assistant director in 1958 on 54 films, many of which by Finos Film, to follow with 12 of his own from 1969.

His first film, based on his own set, was The Little Runaway for the Finos Film in 1968. In 1970 he made international success with the film Fighting Violence. Then he left the cinema for fifteen years and returned in 1985.

His filmography measures thirteen great films starting in 1969 and reaching 2018, starting with the years at Finos Films and ending the end of the female trilogy.

Known for the iconic film "As perimenoun oi gunaikes" (1998), which, along with "Women please Don't Cry" (1992) and "Women Who Passed Here," complements the trilogy, released in the winter after thirteen years absent and won six awards.

His film "One So Far Away" received six first awards at the Thessaloniki Festival (1985) while "Dirty Lovers" (1988) was screened at the Museum of Modern Art in New York.

In addition to screenplays for the big screen, he has also written plays for the theater, which are recorded in the book "Theatrical" and are "The Red Blue Skates" (2006), "Traveling with PAOK, a Story of Larissa Station". (2011), "The Door" or "The Pile of Beans" (2012), "The Auction" and "The Astronaut's Wife".

The films to be screened at the 5th Arcadian Screenings are:

A village in Arcadia invites a "famous" icon painter and his assistant, Theofanis and Theodosios (Argyris Bakirtzis and Dimitris Vlachos), to restore the worn-out murals in an historic church. Theofanis is an amateur astronomer, and Theodosis is involved in various scams. A pure young girl (Dora Masklavanou) is apprenticed to them. The villagers flock to the church calling them saints, but in reality they are two minor con artists, who falsely philosophize, observe with their telescope the curves of the women and organize a false auction. With the arrival of winter, the miracles end, and the "cobblers realize they should stick to their last." 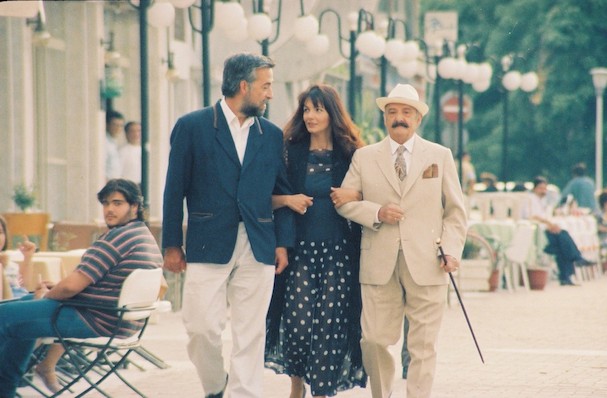 Panagiotis (Argyris Bakirtzis) and Giannis (Lazaros Andreou) are two good friends but also rivals in love. The first is a merchant and the second a violinist; one is tall and slim and the other short and fat; one is bossy, the other one mild. Both make an inimitable comic couple, wandering in the Peloponnese, looking for a date tree that will prove the innocence or guilt of the wife of one of them and possibly lover of the other. They are guided by an old picture depicting Panagiotis' wife, Maria, in the arms of Giannis, under a date tree. However, the area of their search, there are no date trees. 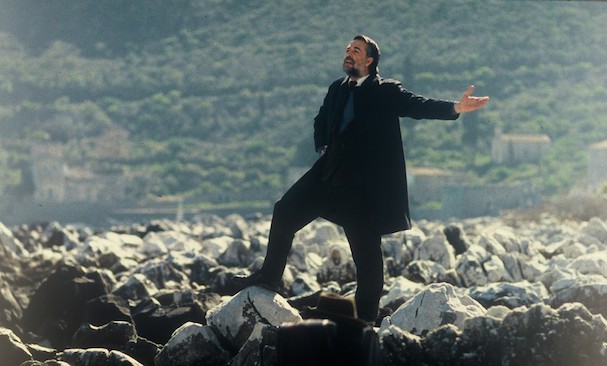 The story of a sociology professor who abandons his career, his wife and daughter and is isolated in his seaside vacation home. Moving away from everyday life, he wanders around the winter streets of Athens, observing the people around him and searching for a ghost woman 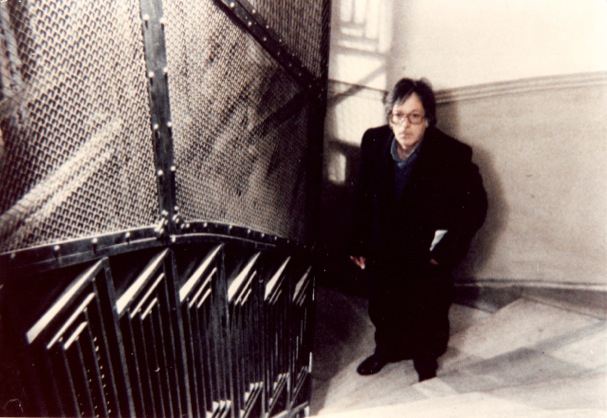 End of July, and it's holiday time. Panos and Michalis are brothers-in-law from Thessaloniki and run a small business together. Brimming over with high spirits, they leave for Thasos to meet their families. In the vicinity of Lake Volvi, their brief encounter with a young bar woman delays them. Panos, who is madly in love with her, attempts to commit suicide, and Michalis is forced to strike camp by the lake. Antonis, the third brother-in-law, who is concerned about their delay, comes around to find out what has happened, only to fall himself for one of the nurses treating Panos. He forgets about everything else and goes with her to the casino, where he wins on the roulette tables. Their relationship, naturally, does not reach fruition. Antonis reunites with Panos and Michalis, and they all start afresh for Thasos, but on the spur of the moment they decide to stop over at a hotel. Since their women can wait for them, they might just never go back. 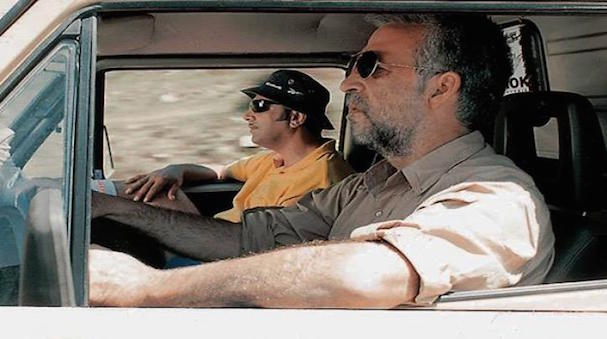