The 5th Arcadian Screenings is dedicated to raising awareness of the problems of People with Disabilities.

In the rehabilitation unit of an Athenian trauma hospital, victims of serious accidents struggle to walk again… or at least return to an autonomous existence. Divided between hope and acceptance, they offer us a glimpse into the depths of the human condition

A look from a wheelchair (82 min), Oleh Pavliuchenkov, Ukraine

The unique experience and life-asserting position of Mykola Podrezan is not available for a large audience. That is why the audio-visual project “Documentary film. A look from a wheelchair has a purpose to create the public disclosure of Mykola Podrezan’s private initiative achievements, meaning to create a modern documentary film about the travelling of a wheelchair person around the cultural sites (museums, theaters, concert halls etc.)of the Ukrainian cities (Lviv, Kyiv, Vinnytsia), during the film he will inspect the accessibility of the cultural sites for the disabled people, and in particular he will show and speak about the achieved experience from World’s most famous cultural sites and attractions. The documentary film is structured in two parallel lines: 1. The line of a real Ukrainian wheelchair citizens’ life and their opportunity to join the cultural life of the country. 2. The line of Mykola Podrezan’s around-the-world travelling (demonstration of the unique photo and video archive materials from the world most famous cultural attractions and their help to implement the rights of the disabled wheelchair people). 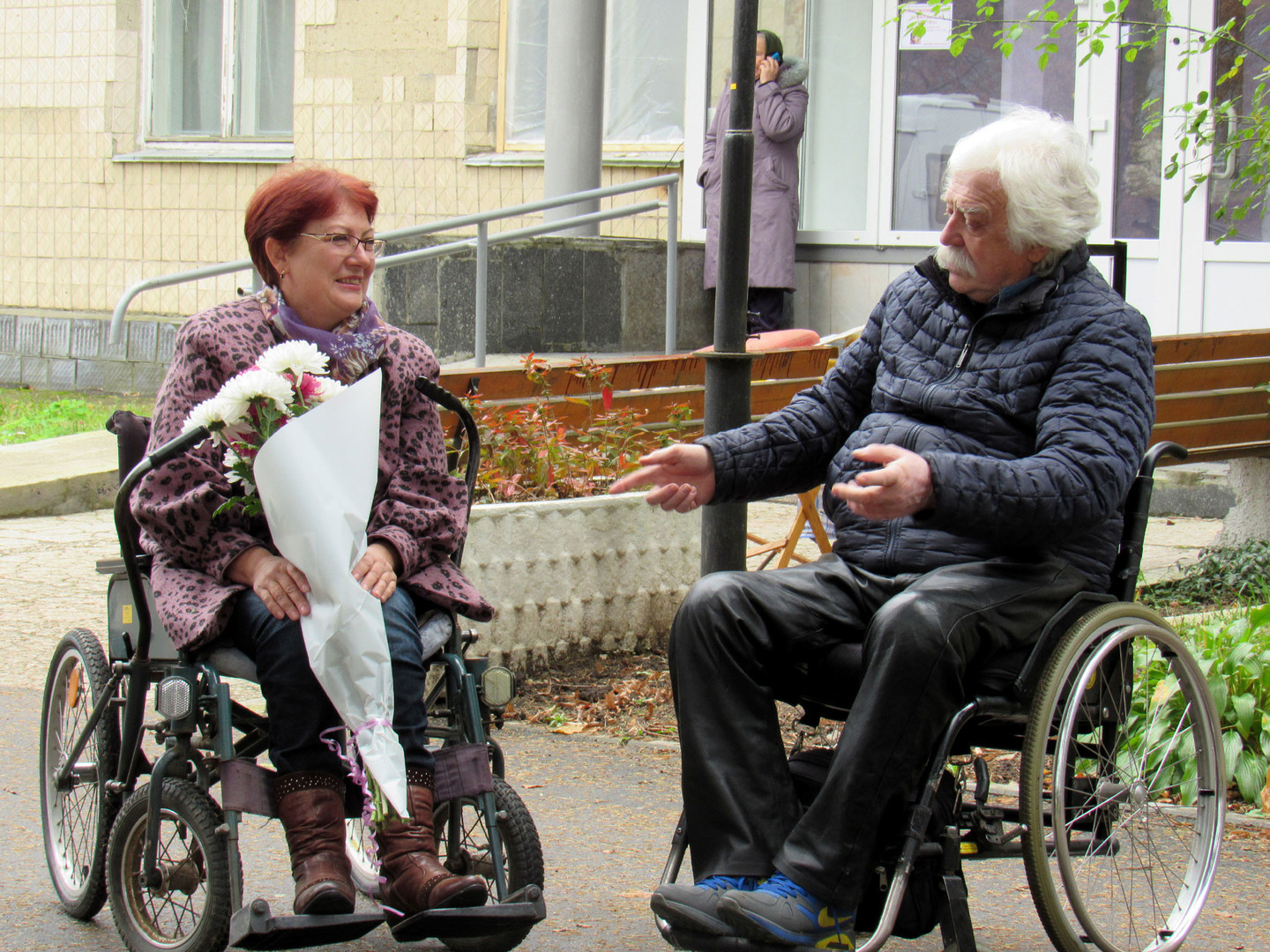 Several years have passed since Peter decided to go and live in Plan, an isolated village in the Aragonese Pyrenees. Far away from the advantages a city offers a blind person, he survives through his art, rock music. Despite the recording of his latest album, daily life in this small village affects his mood and he is haunted by old memories. The seasons go on forever and each day the sheep bells toll louder. Something is about to go off in the Chistau valley.